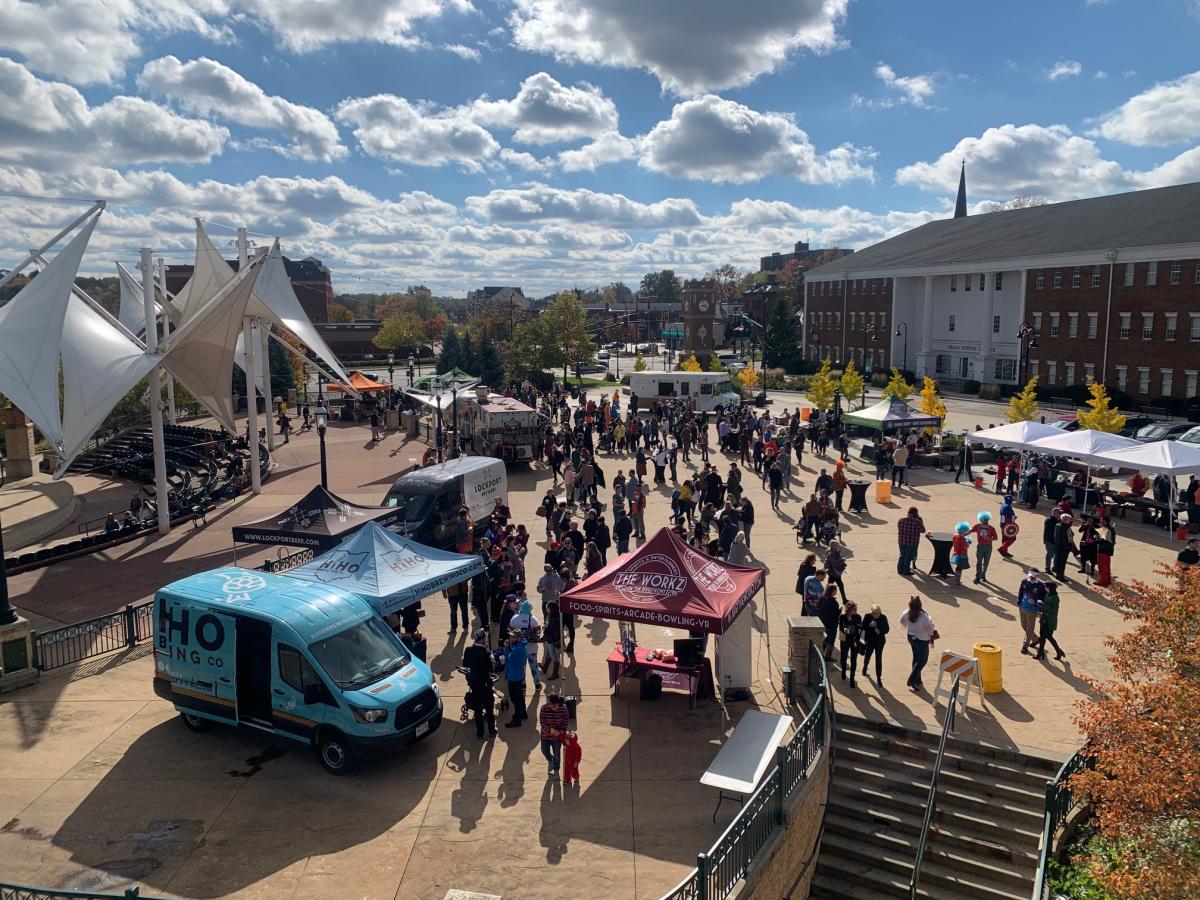 Cuyahoga Falls, Ohio —  It was a beautiful day to sip and shop in Downtown Cuyahoga Falls on Sunday, October 31.

The Downtown Cuyahoga Falls Partnership hosted its inaugural fundraising event: Nightmare on Front Street, on Halloween in the heart of downtown.

The five-hour craft beer and art festival was a huge success as hundreds of residents and visitors gathered to celebrate the end of spooky season.

Located inside the pavilion were more than a dozen vendors offering art, books, plants, jewelry, home décor, baked goods and more. Keepsake cup sponsor Mr. Fun’s Costumes and Magic Emporium, had an eerie booth set up on the plaza displaying t-shirts and Halloween props for purchase also reminding attendees they are open all year for various holiday occasion needs.

Live music from One T Entertainment kept the mood alive with Halloween classics as guests stopped to pose in front of the photo booth.

A costume contest was held in the amphitheater where judges chose winners based on four different categories — scariest, funniest, best couple and best overall costume. Winners included a Nintendo Jason Voorhees, Casey Becker from Scream, a Mandalorian couple, and a Plague Doctor.

“Funds raised from the event will go back into downtown through beautification, marketing, elevating future events and other initiatives,” she continued.

It took over 50 volunteers to make this event possible. Most volunteers were either Cuyahoga Falls residents or businesses wanting to contribute within their community. “We are extremely grateful for the support and dedication from our volunteers”, Piper added.

DTCFP has already started planning for next year’s Halloween event and residents have expressed their anticipation for this yearly fundraiser.

DTCF Partnership is currently planning their third annual Jingle Dog Parade on December 4th in downtown Cuyahoga Falls. Tickets will be on sale starting November 4th via their website.